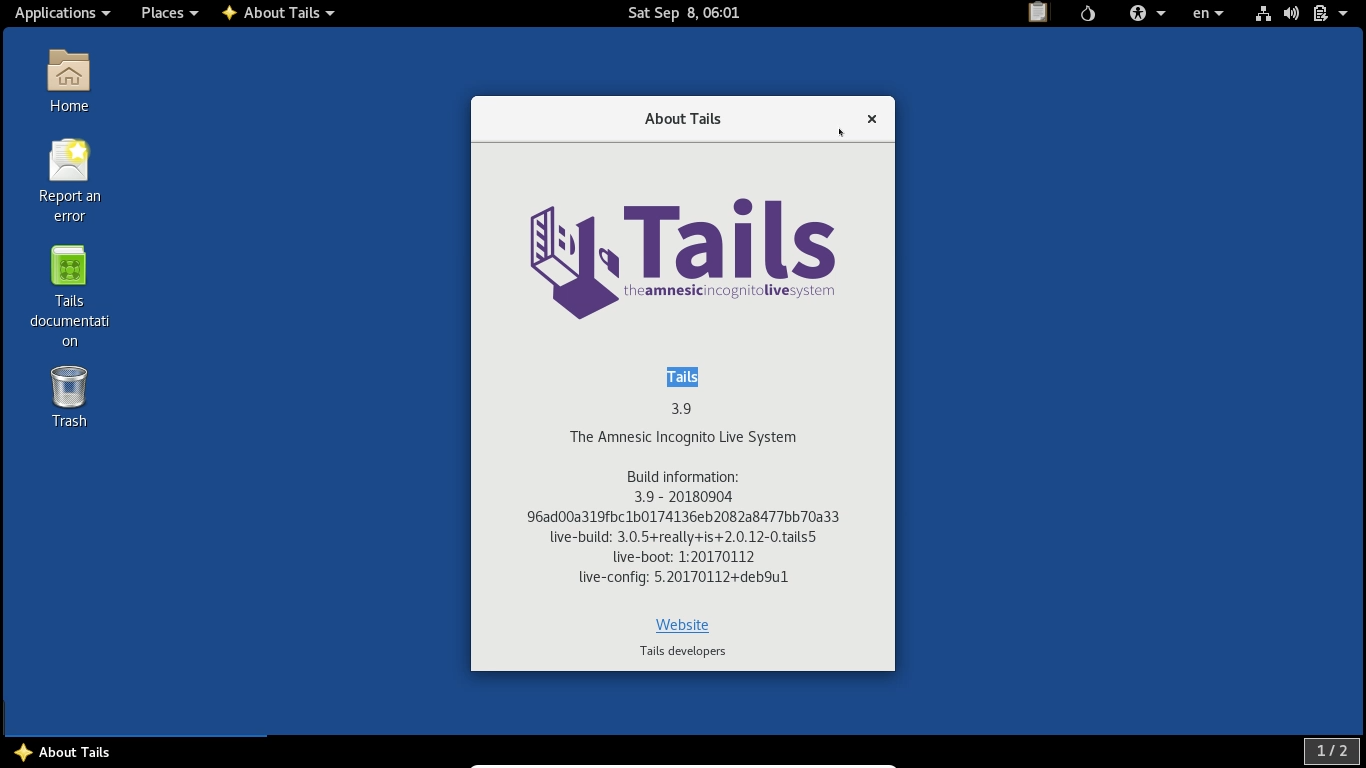 Linux Tails is a distribution that aims to preserve privacy and anonymity on the network, based on Debian GNU/Linux.

If you want to know more about what the Linux operating system is, you can consult this article.

The name Tails stands for The Amnesic Incognito Live System.

It can help you use the Internet anonymously and get around censorship almost anywhere you go and on any computer, without leaving a trace if you don’t explicitly ask for it.

Linux Tails 3.9 is at the end of the development phase, with a Release Candidate ready for public testing.

As reported by news released a few weeks ago, Tails developers were planning to implement support for opening VeraCrypt encrypted drives in the GNOME desktop environment, which is the one used by default in Tails.

Tails 3.9 promises to be the first version available with VeraCrypt support, but it also looks like there will be support for opening TrueCrypt encrypted volumes directly from the GNOME desktop.

In addition, this version will integrate the “Additional Software Packages” feature on the desktop.

Linux Tails 3.9 also promises to renew the interface for configuring persistent volumes, and to bring the latest software updates, including:

Therefore, users are encouraged to start migrating their feeds to Mozilla Thunderbird when Tails 3.9 is available.

The final version of the Tails 3.9 operating system will be available early next month (presumably September 5, 2018), the same day the GNOME project launches the highly anticipated GNOME 3.30 desktop environment for the entire community.

However, Tails 3.9 will continue to be provided with the GNOME 3.28 desktop environment.

How to install Tails

If you want to test Tails 3.9 on your personal computer, you can download the first Release Candidate from this link.

However, keep in mind that this is a preliminary version that should not be implemented in production environments.