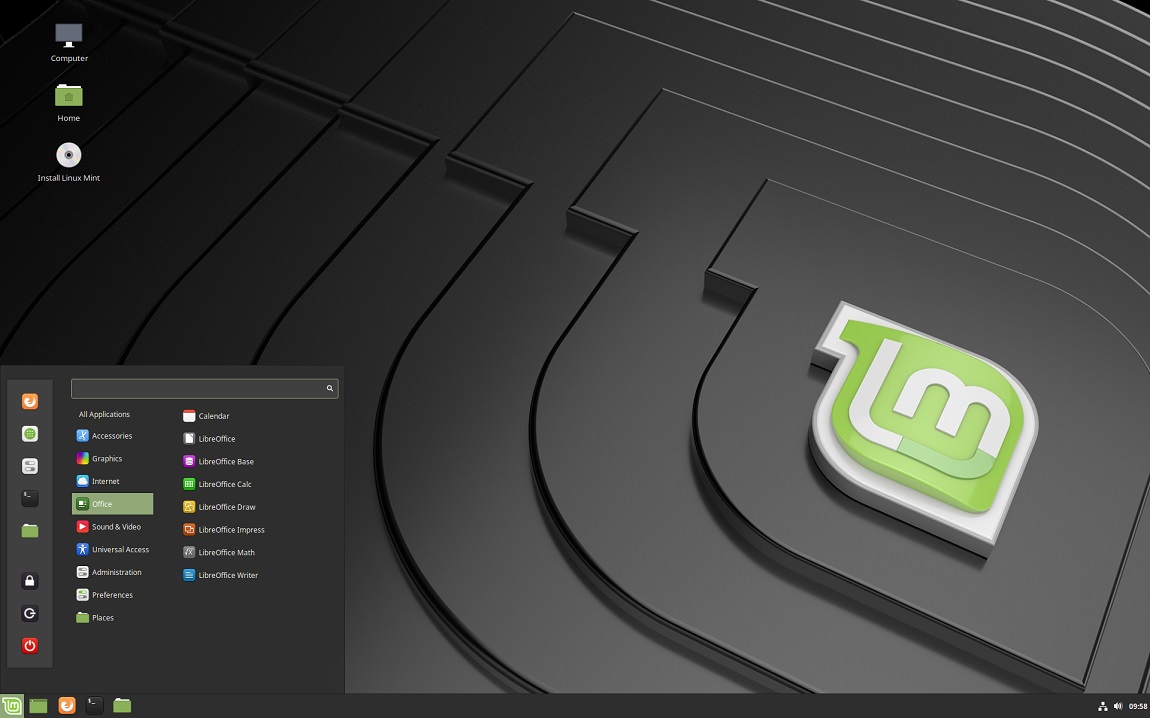 In recent years, Linux has evolved significantly. Since the first small group of distributions, this extraordinary operating system has expanded considerably, offering a number of very interesting alternatives.

Nowadays, in fact, there are many developers who focus on this OS. Practically every year, there are interesting news about Linux. If a few years ago we already talked about what this operating system could offer, nowadays the landscape has definitely changed for the better.

Ductility, security and of course the free nature, have made Linux an operating system that in recent years has won a large share of users. Thanks to the distributions, then, we were able to overcome the biggest obstacle that new users have always encountered using this OS: that is, a learning curve not really within everyone’s reach.

Of course, as we will see in more detail below, Ubuntu remains the Queen distribution. But there are several interesting variants (and addressed to different types of users) which are worth a moment dwelling on.

Let’s start with the most popular and appreciated version of Linux. For some users, this distribution is so linked to the operating system that Ubuntu is almost considered a synonym. Although this is a mistake, it says a lot about how much this distribution is established in this environment.

For some, Ubuntu, which is not at all ancient, is so synonymous with Linux that the two words are often used interchangeably. (Obviously, any experienced Linux user will quickly blame you for doing so.)

This is the perfect starting point for new Linux users, as it is the most user friendly operating system of its kind around. Any user coming from Mac or Windows will take just a few hours to find their way around safely inside.

Being based on Debian, it has a certain affinity with this distribution, although it is much more simplified.

Within the same Ubuntu, there are some particular sub-distributions, such as Ubuntu MATE or Lubuntu, particularly suitable for laptops or low-performance hardware.

Ubuntu’s older brother, Debian recently turned 24 (which says a lot about its quality and reliability).

In fact, it’s a real “father” to many distributions that have been developed from the base of Debian. Compared to Ubuntu however, this distribution is more stable and sees more direct involvement from the developers.

In the large repositories available you can find a lot of applications and, compared to its godchildren, Debian proves to be a highly flexible and customizable operating system… even if less suitable for those who have recently chewed the Linux world.

The leap from Windows or MacOS to Linux is not the easiest: for this reason, the developers have worked to achieve the fate of “intermediate steps”. Even more suited to the purpose of Ubuntu, Linux Mint aims precisely this type of work.

Mint is equipped with most of the software needed to make the transition less traumatic. LibreOffice and many other software already present on other OSs are already installed.

Mint is always in sync with the latest versions of Ubuntu LTS. This means that you don’t have to worry about security during malware attacks (Linux is not for nothing considered an OS that makes security its strong point).

Elementary OS is an Ubuntu-based distribution that aims to provide a friendly and refined ready-to-use experience for less experienced users. This particular version of Linux has been around for quite some time and has established itself as a solid option for beginners and desktop users looking for easy-to-use distribution without too much frills.

Since the elementary operating system is based on Ubuntu, it enjoys all the advantages of Ubuntu in terms of updates, repositories and security.

The elementary OS has its own desktop environment, Pantheon, which provides a rather familiar user experience for macOS fans.

Solus is one of the newest arrivals on the scene, but is already gaining considerable attention from users: it is a complete and independent distribution that provides a clean and refined experience.

Despite being completely independent, Solus has robust repositories that include virtually any type of software a user may need.

This distribution has its own desktop environment, Budgie, and its own package manager, eopkg. Budgie is an elegant modern desktop that offers an intuitive and original interface, which may disorient less experienced users a little. On the other hand, eopkg shares a lot of syntax with Debian’s Apt, resulting in an easy-to-manage package system.

Antergos is one of the least known and definitely among the most underrated distributions. It is based on Arch Linux and offers all the advantages of a complete installation of Arch Vanilla, while maintaining a good level of simplicity.

Antergos has developed its own graphical installer, Cnchi, which makes the installation process child’s play for all types of Linux users. It allows you to configure your system exactly as you want and to boot into a perfectly configured installation without any problem.

The Arch Linux Wiki has no equal when it comes to distribution documentation. Everything in this “encyclopedia” applies perfectly to Antergos. There is also the great advantage of being able to take advantage of the huge repositories of Arch.

Choosing Gentoo means relying on the most flexible distribution available.

Whether you’re installing Gentoo on a desktop or server, you can adapt it to your needs like no other version of Linux. For desktops, you can choose your workspace or window manager by selecting what you need. Every single detail of your desktop can be modified according to your wishes.

About 80% of consumer users use Windows. For this reason, switching from Windows to Linux is not at all easy. After years and years of using Windows, our subconscious also thinks in a Windows-friendly way and some automatisms remain even after the switch to a Linux distribution.

To make the transition less traumatic I strongly recommend trying Zorin OS. It’s a Linux distro based on Ubuntu that has a graphical interface very similar to Windows and has already installed many programs, so you don’t have to deal immediately with the fearsome Package Manager /Software Center.