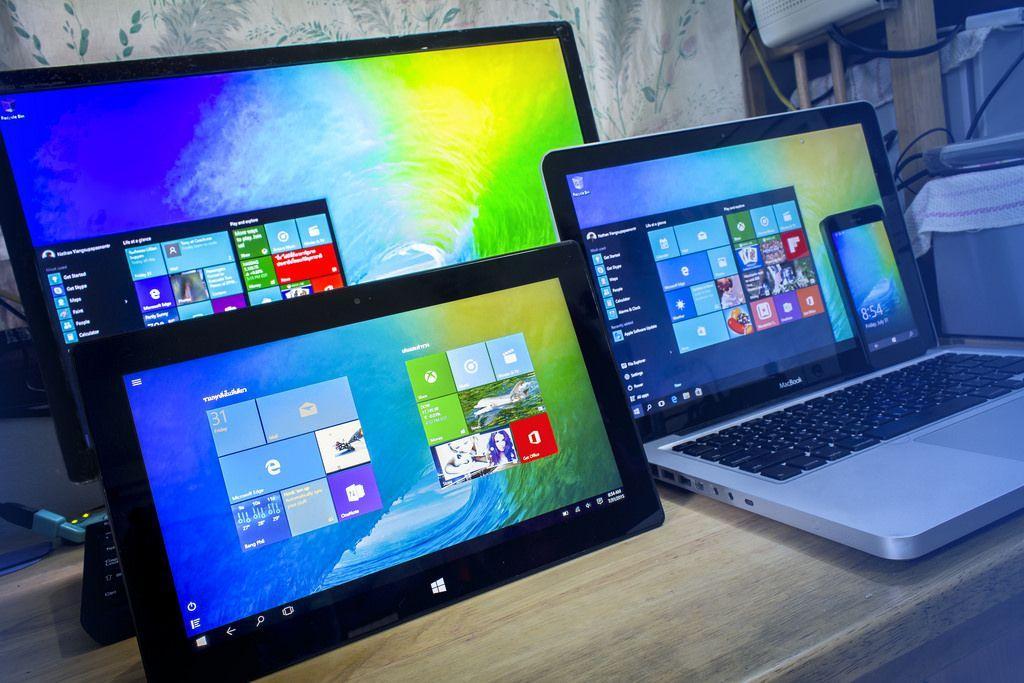 When you choose to buy a new PC, the first question you ask yourself is what are the best PC operating systems. At the moment the choice is definitely between: Windows, Mac and Linux.

What are operating systems and what are they for?

Without an operating system, therefore, the hardware part of a PC or a smartphone cannot work, these two components are in fact closely linked. Therefore, good software must be supported by good hardware to allow the user a completely satisfactory use of the PC.

Operating systems, therefore, are a data processing system, which give the possibility to create an interactive interface with which the user can access the functions of the computer. Today’s operating systems are more and more sophisticated and avant-garde, in fact they undergo frequent updates, to offer a platform that is always functional and stable.

Windows is the operating system created by Microsoft, this system is certainly among the most popular and also among the easiest to use. Surely this operating system offers many applications and programs, which make the computer and its components easy to use.

Also the browser of Microsoft Edge, is decidedly better than the old Explorer, it is in fact much faster and suitable for reading and surfing the net, finally we find Cortana, a very useful voice assistant for online searches.

Windows 10, however, for its interface is certainly much better suited to Touch Screen models, as with these PCs, you can definitely enjoy more of all the qualities of the new software. Another point in favor of Windows, is definitely the Gaming platform, in fact many games are developed to be used optimally with this operating system.

Windows 10 still has some drawbacks, but such as the price, now that the product has been made and proven, this is sold to users at a cost of 178.00 euros for the Home version, and 278.00 for the Professional version. Finally, this operating system does not offer many possibilities for programmers who want to customize the operating system.

The latest updated version of Windows 10 (at the end of January 2019) is the version 1803 released at the end of open of 2018. In addition to the classic bug fixes there are many new features introduced with this new version. Among the main ones we remember the new graphic layout of the “activity display” screen (called Timeline) that provides a different organization of the sections, the introduction of a search box and the possibility to consult the history. With version 1803 there are also aesthetic innovations that become evident in the translucent background and a new effect when selecting elements. Important innovations have also been introduced in Microsoft’s browser, Edge, which now integrates automatic completion and the possibility to disable sound in the tabs.

Among the best operating systems, we certainly find the software made by Apple, this is called Mac OS. The operating system of Apple, is installed by default on all PCs of the company. Surely the fact that Mac OS is installed and is designed specifically for Apple PCs, is an absolute advantage both in the optimization of the system that is fluid and fast, both for the high performance it offers, the perfect combination with the hardware.

Certainly Mac OS Sierra, is currently considered among the best operating systems, especially for those who work in the world of the web. Youtubers, graphic designers, website creators and bloggers are certainly among the greatest admirers of this operating system. The reason for this is its software that allows much more graphic editing work and resource management than that provided by Windows.

Mac OS, therefore, offers many advantages especially for those who use Apple products such as iPhone and Apple Watch. With this operating system it is possible to make the products interact with each other. For example, you can use the universal clipboard that allows you to copy a text on iPhone and send it to the Macbook. Or you can unlock your PC, even remotely with the use of a specific APP on Apple Watch. Besides, this PC has the formidable Siri, which is definitely among the most interesting voice assistants in the world.

Mac OS, in general but although it is definitely among the best operating systems, also has some flaws, first of all the inability to use it as a platform for gaming although of course for those who work, is certainly not an interesting fact. Another problem is that this operating system is available for Apple PCs, so it can not be used on other hardware.

The full name is macOS Mojave, the fifteenth version of Apple’s operating system. After downloading the update you will discover several new features. The most important is the introduction of group calls on FaceTime, a mode that allows you to make calls simultaneously with thirty-two participants. Another novelty is the introduction of new emoji. There are 70 new smilies on the Apple operating system that provide many new options to select for your chat conversations.

Linux is a perfect operating system for programmers, this is because it is Open Source and therefore allows anyone interested to improve and modify the software code at will. Linux, thanks to its versatility, allows a better adaptation to the different hardware of PCs, thanks to its ability to be conformed to this. Linux is the safest and most reliable operating system ever, this is because even if there are bugs or sudden flaws in the system these are suddenly solved by the large community of Linux, which in addition to being very large and also very active in solving problems.

Linux is an operating system that does not require the use of anti-virus, it is certainly among the best operating systems for its security. Not only is Linux completely free, and it is constantly updated. Linux has a clear and fast platform. Those who have tried Linux, and can use it in all its peculiarities, have given up any other operating system on the market, but of course this operating system is not suitable for everyone.

Linux, can not install many of the Windows applications to which we are accustomed such as Office and Adobe, and also has some limitations on the number of applications installed. However, those who want to try Linux, or to live with Windows can always choose to install Ubuntu, and let the two operating systems live together quietly.

Very different speech, however, as far as Linux is concerned. Since it is an open source operating system and completely free, there is not a single version, but there are many distributions that change a lot between them. The main differences are those related to the interface, the applications made available and the library of official applications supported. For more information, it is always advisable to consult the official Linux website or that of the distribution you are using, to find out if there is a new update. In strict alphabetical order we remember the main distributions of the Linux operating system: Arch Linux, CentOS, Debian, Deepin, elementary OS, Fedora, Gentoo, Linux Mint, Mageia, openSUSE, PCLinuxOS, Slackware, Tails, Ubuntu, Ubuntu Studio.

Finally, we can not declare a winner over the others, but certainly the operating systems Windows, Mac OS and Linux, adapt according to how you use the PC and the functions that you can not give up at all.